How Counseling Made My Dreams Come True

I used to hang out with the wrong kind of teenagers. You know, they were the ones you would see at the back of a building, bullying someone. If they were not doing that, they were either drinking at the park or finding a way to steal items from stores.

That part of my life started during middle school. I was tired of being on the receiving end of bullying, so I decided to join the bullies. All I had in mind back then was that befriending those kids would stop the humiliation that I experienced in other people’s hands for years. I did not account for the fact that I had to become one of them if I did not want to get kicked out of the group.

I began drinking at the age of 15. I could still recall the first time that I got drunk with my newfound friends. One of them had a fake ID and used it to buy a big bottle of whiskey at the convenience store. When I saw what’s in his brown paper bag, I initially tried to refuse because no one drank alcoholic beverages in the family, and I did not want to get caught by my mom. However, they said that they wouldn’t talk to me again if I said no, so I had no choice but to do it.

I hated the taste of alcohol every time, but I kept drinking when they told me to keep drinking. I just learned to pack a toothbrush and used it before going home so that no one in the house would know what I was up to.

The turning point in my life happened on my 18th birthday. My friends called me to say that they had a surprise for me. Of course, I was excited, so I went to the mall as instructed. When I arrived, they told me to pick three items that I wanted, and they would get them as my presents. I chose a bag, a belt, and a pair of pants. My friends even made me try them on to make sure that they were the correct sizes.

But when we were on our way to the cashier, they veered to the left and went straight to the exit — with the unpaid items. I watched in horror as the alarms by the door went off, signaling that someone just tried to get out without paying for something first.

My friends got apprehended at once. I thought I was already saved, but then one of them pointed at me. Another pair of guards appeared behind me and directed me to their office.

Our leader told us not to admit to anything once the manager left us alone to contact the police. The others agreed readily, but I did not answer because that’s not what I wanted to do. Even if I did not plan that shoplifting, I was still an accessory to the crime, and I was so guilty about it. Besides, I felt the need to get out of the group before they could ruin my life. My family would undoubtedly know about my wrongdoings anyway, so there was no other way out. When the police came and informed us that the mall administration wanted to press charges and prosecuted as adults, I pled guilty.

My so-called friends bore holes at me with their dagger stares, but it was okay with me. I knew it would happen because I broke the pact. I stood by my guilty plea even in front of the Judge and was ready to go to prison. Of course l, I was sad that I would have a criminal record and that I could stay in jail for two to five years, but again, I had no other choice.

I was already spacing out as I assumed the Judge was about the adjourn the hearing when I heard my mom gasp and cry loudly behind Me. Then, my lawyer grasped my hand to congratulate me, increasing my confusion.

The lawyer smiled at me. “The Judge practically wants to give you a second shot in life. He saw your sincerity when you admitted your mistakes. Instead of giving you jail time, you only need to do community service and promise to attend counseling sessions.”

I honestly could not believe it. I was so sure that I had to delay all my plans for my life to repent for my since in prison, but I would not have to do that anymore. I could not stop thanking the Judge for letting me get away with a lighter punishment. Out of glee, I vowed to meet him again in the future as a better man.

The first thing I did was work with the counselor that the law enforcement provided. I had no idea what it was initially, but the mental health professional allowed me to see that I got sucked into that dark side of life due to my insecurities. He helped me work through as many of them as possible and let the Judge know in the end that I was already good to go.

Since my parents were still upset about the pain and humiliation I caused them, they refused to pay for my college tuition. I understood them, so I asked the counselor if I could do any work at his office. From being a part-time janitor, I became his part-time assistant for two years.

When I had the chance to go to college, I decided to study psychology. It felt so right to do that; it was a dream that I never knew I had.

I found myself standing in front of the same Judge who gave me a life-changing verdict 12 years ago. This time, though, I was already a 30-year-old man with a Ph.D. in psychology and a certification in counseling. More importantly, I came as a friend, not as a defendant.

I saw how the Judge’s eyes widened when he recognized me. Then, his surprised look turned into something that resembled pride and admiration.

“Sorry it took so long before I could fulfill my promise, sir,” I said, grinning.

“No, you are just right on time,” the Judge replied. “What are you doing with your life now?”

“Well, I just passed my licensure exams. I’m a licensed psychologist and certified counselor now. To thank you for all you did for me, I’d love to offer my services to juvenile defendants.” 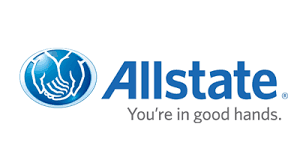 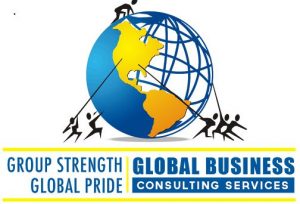